More and more tourists and travel agencies extend their routes to Severozapazena (the Northwest preserved) Bulgaria and visit also the nearby sights in Serbia. A few kilometres from the border with our neighbours there are remarkable historical monuments and natural phenomena that are still not very popular for the Bulgarian tourists.

One of the most attractive historical sites is the late Roman archaeological complex Gamzigrad with the fortress Felix Romuliana, located at about 11 km from the town of Zajecar. The palace was built upon the order of Emperor Gaius Valerius Galerius Maximianus (297-311) at the end of the III century AD and the beginning of the IV century AD. It was dedicated to the mother of the ruler the so called “Merry Romuliana”.

The impressive fortifications of the palace embody the successful military career of the Emperor. The visual and spatial relationships between the palace and the memorial complex, where the mausoleum of Galerius and his mother is located, are a clear example of the Roman architectural tradition influenced by the ideological worship of the ruler, which is typical of the period of the Second tetrarchy.

At first the architectural complex was relatively modest. But in 306 AD Constantius I died and Galerius became the most powerful man in the Roman Empire. In this period the construction of monumental buildings worthy of the majesty of the Emperor began. A huge temple in honour of the god Jupiter was built in the southern part of the complex. This new phase of development is characterized by the use of rich ornamentation and symbolism in the details.

Felix Romuliana includes fortifications, the palace in the north-western part of the complex, basilicas, temples, hot baths, memorial complex, and Tetra pylon. The group of buildings is interesting for its intertwining of ceremonial and memorial functions.

After the death of Emperor Galerius in 311, the complex lost its ceremonial functions and the designation of the buildings was changed. This slow decline lasted until the 5th century when a Christian basilica was built where the throne hall was once located.

Today the complex is listed as a UNESCO protected World Heritage and enjoys large attendance.

The place is also associated with the legend of the noble Bulgarian boyar and his three daughters: Vida, Kula and Gamza who built the Baba Vida Fortress, the town of Kula and Gamzigrad respectively. 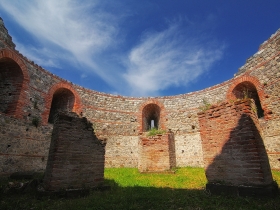 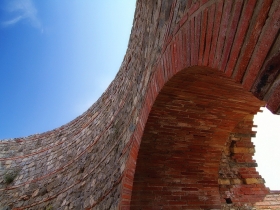 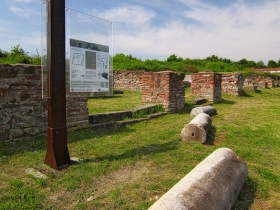