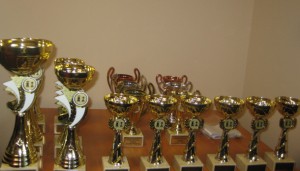 A demonstration chess game between the mayor Boris Nikolov and the chess master Alexander Delchev, ending in even, opened the fourth Traditional chess festival for amateurs which will continue to 25 August in Belograchik.

The chess forum established itself as tradition and is the biggest of its kind on the Balkans. This year again, the organizers of the competition are “Nayden Voynov” Chess Club-Vidin, Belogradchik municipality, “Madona”  Inn and the hotel complex “The Rocks”.

The head of the chess club Evtim Stefanov opened the sports event and announced the tournament program. There will be two blitz tournaments, one of which will be in pairs with total of 4100 points. The players can also take part in the three trips to the city’s landmarks and the regional center.

The mayor of Belogradchik Boris Nikolov greeted all players, wished them luck and said to the audience that it was a great honor for the city to host a forum of this kind again. Nikolov wished all the players to make their best to mix work and pleasure and find the time to visit the unique nature sites in the region. 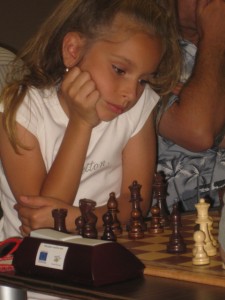 120 players from 13 countries took part in this year’s chess tournament. Among the foreign guests, the most impressive team was from Serbia. The youngest players are 11-year-old kids, and the oldest chess player is the 85-year-old Grigorii Wagner from Russia. The chess tournament in Belograchik has prize fund of 15 thousand levs with some 50 awards which will be awarded at the finals.

Chief judge of the tournament is Georgi Zhivkov – he is an international referee of FIDE with assistant-referee Hristo Velchev.

The Northwest gets back on its feet with 2,3 billion levs

The Church mints medals with the Rogozen treasure on