On March 23 the Eastern Orthodox Church celebrates Saint Theodor Tyron the Martyr. For many years Salash has been the only village in Belogradchik municipality where horse races take place on Saint Theodor’s Day.

The High Reverend, Protopriest Rafail served a festive water rite for health and wellbeing. The Munipality mayor Boris Nikolov also addressed the gathered citizens and particularly congratulated all those celebrating their name day.

Congratulations and well-wishing were said on account of spring’s arrival, and then the twelve participants in the competition took starting positions. 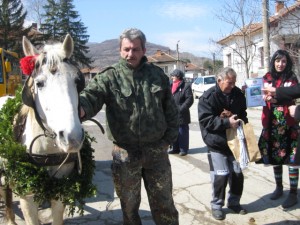 Among riders, the winner was Ivan Petrov with his Zvezda horse. Mayor Nikolov rewarded the winner with a silver cup and all other contestants received a participation certificate and a bucket of oats, a preferred staple for horses.

The crowd’s good mood was taken care of by the brass band of the Belogradchik Public Library, and the festival’s attraction was the performance of cheer leaders, led by creative director Sonya Dimitrova. 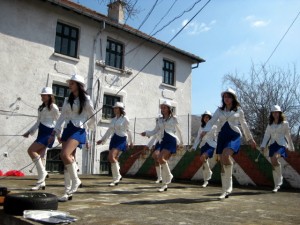 This year’s competition on St. Theodor’s day was another proof that the tradition is alive and deeply embedded in the lifestyle of Salash residents.