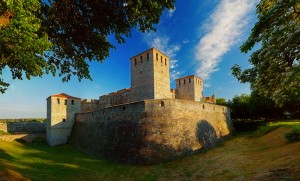 Rome was supplied with meat and wine from the lands of the Lower Danube.
The veteran warriors used to chose fortresses in which to live their old ages.
If ancient history lovers want to see the fortress that once the Romans have built in the region of the current north-western Bulgarian lands, they should take the route Montana – Vidin – Belogradchik – Kula. The first thing visitors understand is that they are not randomly picked. They were built where the major roads of the Empire intersected or crossed. Strategically these roads were the links that connected Rome with the Lower Danube region. Via these roads the rich provinces transported food to the capital of the Empire, and ceramic and stone products back from the capital. It is known that livestock, grains and wine from the region of the present-day Montana were supplied for the endless festivities in Rome.

Nowadays this area is still hiding the secrets of the veteran warriors who tired of the long journey and many fights have chosen a place to live the rest of their days. On the hill called Kaleto (meaning fortress in Turkish) that rises 40 meters over Montana, there was a military fortress. The Romans used a Thracian fortress, which has been extended and upgraded and the existing sanctuary has been turned into a cultural centre.

In 161 AD the settlement that originated around the fortress received the status of a city. This meant that its residents had the same rights as the citizens of Rome. In the fortress, which walls at places rise to 2 meters, valuable stone slabs have been found. The most interesting one is of the goddess of the hunt Diana, which the Romans have chosen to be their protector. This is what has been inscribed on the slab: Diana – the patroness of Montana. Stone slabs with images of Apollo, Hermes, Heracles and Dionysus have also been saved. Two years ago, a team of archaeologists led by Associated Professor Gergana Kabakchieva, dug out of the ground a life-size stone sculpture of a woman, lavishly dressed in pleated dress and a tombstone of a rich Roman. The fortress has not been opened for tourists for many years, although the surrounding lands with an area of ​​328 decars, have been converted into a beautiful park long time ago. It was just the last year, when the municipality developed a project to turn the area into a tourist attraction. The project’s value is BGN 1.2 million. Soon the restoration of the walls and the eastern entrance will begin. The square named after the archaeologist Georgi Alexandrov who has worked till his last days for the excavation of the ancient fortress, will be restored.
The building an information centre was also contemplated, as well as new lighting and car parking. The stone artefacts discovered a few years ago will be displayed in the places where they have laid for nearly 20 centuries, rather than in a museum. Plans were prepared to build a trail that will start from the centre of the town and will lead to the historic hill.
The Baba Vida castle remembers both battles and weddings.
From Montana the history lovers head to Vidin. In the citadel on the shore of the Danube River, they will learn that Baba Vida was initially built for the purposes of defence. Built on top of the Roman fortress Bononia. It has a square shape whose sides face the four cardinal directions. On one of its walls – 2.2 meters thick, there are nine towers – 4 at each corner and 5 lateral towers. This castle was also the headquarters of all of Vidin’s rulers, including the last Bulgarian Tsar Ivan Sratsimir, but its main purpose was the defence of the city and its lands. In the eighteenth century it was adapted for the use of fire guns. The first shot from the Romanian town of Calafat was aimed at the fortress when the Romanian warriors joined in the Russian-Turkish War of 1877.
Today the fortress is a famous tourist site. They call it the stone fairytale of Vidin. Its natural scenery has been historically appreciated a long while ago by the film and theatre makers and young Vidin citizens have their weddings here.

The Belogradchik’s Kale is difficult to conquer.

From Vidin the tourists proceed to Belogradchik. After seeing the unique rocks from the centre of the town, they would certainly climb up the hill known as the Kaleto (the Fort). The fortress bearing the same name is one of the best preserved in the country. It is built among huge rocks to avail of their inaccessibility. From this fortress the Romans have guarded the strategic roads that cross the region. Not far from the town through the Kada Boaz pass they have crossed the Balkan Mountains on their way to Rome. During the late antiquity this fortress became an important part of the powerful defence system of the Romans. It is one of the last Bulgarian strongholds that fell under the bayonets of the Turks. But they also used it for defence and suppression of the rebellions among the local population. A garrison was accommodated, for which needs warehouses, armouries, flour mills and water cisterns were built. At times of wars nearly 3,000 people have been deployed in the fort. The fortress was used as a military facility for the last time during the Serbian – Bulgarian War in 1885.

Today the fortress is the second most important tourist destination of the rocky town. The municipality has implemented a project for restoration of the stone walls with arrow slits and building of a modern visitors’ centre. From this centre the visitors can observe the rocks and the whole town. The implementation of Sound and Light Show is also contemplated, which however was not included in this project. Three of the streets, which lead to the fort as a walking trail or by car, will also be renovated.

Kula became the home of poets

There is a shorter road from Belogradchik to the town of Kula and tourists do not need to come back to Vidin again. Because if such tourist has failed to see the stronghold of Kula, then his/her notion of the military’s road, will nor be complete. The stronghold remains are located in the very centre of the town. Historians still argue whether this is the Castra Martis stronghold, described and mentioned in the Roman chronicles. Some believe that this stronghold has not yet been discovered, others claim to have found it and it is the protruding stone tower in Kula. It was built at the beginning of the IV century AD during the reign of Emperor Justinian. It consists of two parts – Quadriburgium and Castellum. The square fort has dimensions of 40 by 40 meters and at its corners towers with a diameter of 12.5 meters rise. This place was the home of the Commandant, believe the historians.
Symphony concerts, exhibitions, literary readings and etc. are organized in the stronghold. Every autumn it gathers dozens of artists who come to the so-called Kula Poetic Fair. Anyone can read a poem between the ancient walls and feel the atmosphere, which hovered in the same place at the beginning of the fourth century.

Combustica, forgotten for centuries. The trail ends, but only on Bulgarian territory. At about 20 km west around the Serbian town of Zaječar another Roman site – the Felix – RomulianaPalace is located. It is one of the best preserved in Europe and is recognized by UNESCO as a World Heritage.

In the Vidin region the tourists can encounter more Roman fortresses. On the route from Vidin to Belogradchik now (because of the repair of road E-79) the road passes through the village of Kladorub. There the archaeologist Krassimira Luka reveals the secrets of the stronghold Combustika for the past few years. Very little is known about this stronghold, even by the historians, but the place on which it is located is very interesting. It is built on top of a 170 meters high plateau between two rivers Archar and Salashka. It originated as a military camp of the Roman legions just before the wars of the Emperor Trajan with the Dacians. It has a strange history – after the third century nobody has ever talked about Combustica at all. The archaeologists hope to find out from the excavations what has become with the stronghold.
The latest excavations show that it is three times bigger than the Castra Martis stronghold in Kula. Its walls are 150 metres long and their thickness is 1.30 m. This summer, Luka will continue with her excavations. We will seek the headquarters of the stronghold and we expect to find an inscription, containing the name of the military unit. These would be important facts about the early years of the Roman presence in the nowadays Bulgarian lands. This stronghold has a twin. At a distance of 27 miles in the neighbouring Serbia, next to the present city of Knjazevac there are the remains of the fortress known as Timakum Minus. It has the same size and purpose – to protect the roads leading to the Italic peninsula. Krasimira Luka pointed out that at least 10 ancient fortresses are located on the road leading from the most important of these places – the Roman town Ratsiaria, to Niš, that have not yet been studied. Even the tourists could run into an ancient stone construction, if they deviate from the road. Locals are also familiar with them and most of all the treasure hunters who have rummaged the surrounding areas long time ago.