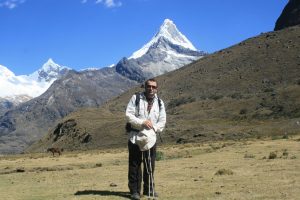 Miroslav Nankov is the owner of a tourist agency for adventurers, called the Adventure Club. For more than 9 years he’s leading his clients to the most beautiful places of the world. Today his children are engaged with the family business. Besides travelling around the world he loves to climb the highest mountain peaks. As of today he has climbed 4 six thousand meters peaks: the mount Aconcagua (6,960 m.) in Argentina, the summit of Chimborazo (6,310 m.) in Ecuador, the mount Sajama (6,548 m.) in Bolivia, the mount Ampato (6,380 m.) in Peru as well as the less lower continental summits, such as the mount Elbrus (5,630 m) in Europe and the Mount Kilimanjaro (5,895 m.) in Africa.

Miro you often speak of yourself as the professional traveller. What should we do to attract the tourist from abroad to Bulgaria?

I would rather not engage in giving any advices for the tourism development in Bulgaria. I do just the opposite; I lead Bulgarian groups to the interesting places around the world. Although we also undertake short trips around Bulgaria from time to time. I do this out of patriotic feelings and with great pleasure and I try to choose relatively unknown places. Now I am going on a trip to the Middle part of the Balkan Mountain. This is one of the few places where I haven’t guided people.
Of course I also want to see both the Belogradchik Rocks and the Magura Cave. Now I think that I can also contribute although in a rather modest way for making the North-western Bulgaria more popular. I would organize a trip through the gorge of the Iskar River in order to visit the Sedemte Prestola (the Seven Altars/Thrones) Monastery and the Cherepish Monastery and then to proceed to the towns of Chiprovtsi and Belogradchik. And why not visit Vidin also? There’s the marvellously preserved Baba Vida Fortress. There you are, we have another weekend plan ready! This is an extremely modest contribution, but I do it to show people also the less familiar beauties of our country.

Anyway what is the secret of success? 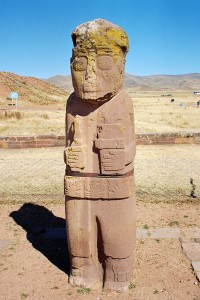 I’ll give you an example. Three years ago I was in London, where the biggest World Travel Market is being held. I went there without booking a company exhibit stand but for the sole purpose of finding new partners from different and more unusual destinations like Iran, Syria, some African countries and so on. I made many useful contacts on this exhibition. I visited the Bulgarian stand driven by curiosity but it was a very sad picture. It was a poor stand with no concept and arrangement whatsoever. The funds allocated to our country for participation in such world forums should be granted and spent properly. I don’t know if success is dependable on the disposition of the stand or the scenery sets. Anyway good advertisement costs money, in fact a substantial amount of money. In order to attract people from abroad Bulgaria should be positively presented. How are the world’s natural wonders promoted? The most beautiful place in the world according to my personal rank list is the Iguaçu Waterfalls. It is a marvellous creation of God! The waterfalls are located on the border of Brazil and Argentina. Even two years ago huge advertising boards reading “Vote for us” could be seen there. Indeed the Iguaçu falls were included in the polling for the seven new wonders of the world. On November 11, 2011 a Swiss foundation initiated this polling and announced the results. Of course it is always about money and everyone wants to see its place among the ratings.

Tell us more about this poll; the Belogradchik Rocks were also nominated.

I have seen five of these new seven wonders of the world. Let’s start from East to West.
On new year’s eve I was at one of these places – the Komodo Archipelago in Indonesia. Two of the islands of this archipelago are inhabited by approximately 1,200 komodo dragons each, also known as the Komodo monitors. The male lizard weighs almost 100 kg. These are really unique animals. These dragons attract tourists and the Indonesian government has taken measures to protect the species by creating a reserve regulated by very strict rules. It is a wonderful way to preserve your nature from which you also make money.

But Indonesia would easily include this really unique natural phenomenon, because it is the fourth country in the world in terms of the number of its population. Everybody in Indonesia has a cell phone and a computer and would vote for its nomination.

As for South Korea, they entered the rating with a small volcano island, called the Jeju Island of which no one has ever heard, not even me. But this country has a population of 50 million people and everyone voted.

The next natural phenomenon is called the Puerto Princesa. It is the largest underground river in the world located in the Philippines. I hope I will go there in December. The Puerto Princesa immediately grabbed my interest and I’m going to organize a group of 20 tourists and we will to go there.

Speaking of the seven bigger nominations in the polling, the next one is the Ha Long Bay in Vietnam. The population of this country is 90 million and Ha Long is a really unique place. Ha Long Bat means the Descending Dragon Bay and there are more than 1,800 islands throughout the bay.

Anyway even there nonsense and examples of bad government also exist. The Mayor of Ha Long had once visited Italy and had found the white gondolas of Genoa and Venice very fascinating. When he came back to Vietnam, he ordered all tourist boats in the bay to be painted in white. This is how the cultural diversity was lost, before that the boats were painted in the traditional motley colours, which are characteristic for this part of the world. Incompetence in local or government policies exists not only in Bulgaria.

Let me continue with the last two wonders of the world, which I can not deny that they have been included in the poll for fair reasons; these are the Iguaçu Waterfalls in South America and the Amazon. Amazon in fact covers a huge region of the equatorial parts of South America along with the catchments area of the Amazon River. Unfortunately, the forest has been gradually cut down, to make room for new farmland. On the other hand, the Government of Brazil, whose territory spreads over the largest part of the Amazon, is responsible to ensure the livelihood of a growing population. Fortunately, Amazon still has places where no human foot has gone and local Indian tribes who live as they had 1,000 years ago. Regrettably these places are becoming lesser and lesser but this is the reality. But the beautiful Amazon went relatively easy up on the list, because it borders with almost all countries on the continent.

Let’s move forward. In South Africa, there is a mountain or rather a hill called Table Mountain which is located near Cape Town. I think there’s a much more beautiful mountain of this type in Venezuela, wherefrom the highest waterfall – the Angel is falling. But in the end the application of the multi million population of South Africa has won.

Therefore, the Belogradchik rocks, no matter how beautiful had no chance to get into this world, commercial rating. 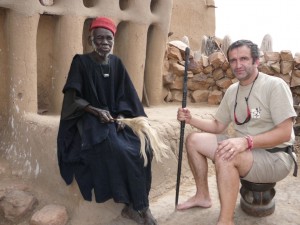 Mali, Africa – the country of the Dogons

So in the end it appears that Bulgaria has no chance to slip in between the world’s destinations. Are we doomed?

Oh no, we’re not doomed. It is useful to be reminded that Belogradchik has applied in this ranking. This by itself is a very good advertisement. The big question here is how to attract tourists from now on. This is where the government policy should intervene. First it is necessary to maintain the traditional markets we have won before 1989 – the Russians, the Czechs and etc. Why not? When you go to the sea nowadays, what do you see? Currently our coastline looks a lot like Cancún. I think this is one of the ugliest places in South America. Cancún is overdeveloped with buildings. All international chains are present there and 97 percent of the tourists in Cancún are Americans because they are rather mindless and go for the all inclusive offers. Cancún’s beach is the size of a coffee table! There are only malls and nothing else. Currently, our SunnyBeach and Golden Sands Resorts have started to look like Cancún where the only difference is that we have no beautiful coral reefs as the Caribbean.

This is something that we can not fight with. What we can do is to preserve what has not yet been destroyed. Half of our natural environment is destroyed in one way or another. And if the people can not win the fight for Irakli, the last piece of pristine sea coastline in Bulgaria will disappear. How would we sell our coastline from now on if it is clogged with overdevelopment?

The things are not looking so rosy, but I don’t lose hope. For 9 years already I lead my groups to picturesque places around the world and there is no place like home, like the Balkan and the Rila Mountain Lakes. We can still preserve some of our natural wonders and use them to attract the interest of the foreigners.

How do you attract the interest and the trust of your clients, the Bulgarian tourists?

I have worked for my reputation for many years. All that I have in this world is my two children and my good reputation of a traveller.