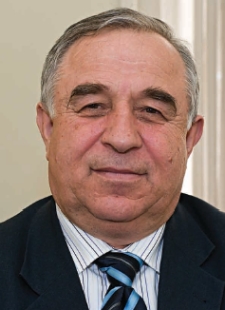 Little more initiative and confidence and the North-western region will resurrect for five years. The region has unique features, but its inhabitants have to prove that they believe in success, said Blagoy Ragin, Chairman of the Association of private hoteliers and restaurateurs, exclusively for the Northwest-preserved (severozapazena)

Mr. Ragin, our site is called “severozapazena” but you have certainly heard the malicious joke that this part of the country should be called “Severozapadnala” (The North-West-Declined) Bulgaria. Is the Northwest region declined and is there a chance for it to part with its notorious fame as one of the poorest in Europe?

-If we go back in the past, we will see that in certain periods of our history this North-West-Declined part of Bulgaria was very progressive. During the Ottoman rule the entire region has successfully profited from its proximity to Central Europe and served as the gateway of the modern trends to our lands. In addition, for hundreds of years the mining there was highly developed, and German engineers were importing the latest technology for those times. But people are mostly interested in what the future will be. I think we have every reason to be optimistic. As the biggest plus seems to be the opening of the SecondDanubeBridge by the end of the year. This will be the most direct link between Bulgaria and Central and Western Europe.

So many hopes are reposed on this bridge. How will it help to revive the region?
– When there is a fast and easy connection, we can begin to attract investments and production from Europe. Right now Bulgaria is a very attractive destination because of its fiscal stability, low taxes and skilled workers. Millions of euros are contemplated for the development of the Danube cooperation. The objective of Europe is what has been developed through cooperation, such as infrastructure and the ability to transfer goods and capital from Belgrade to Germany to reach the Black Sea. Not to mention the vast opportunities for development of tourism in the Northwest. In the end it was here where the first resort in Bulgaria was located, built 100 years ago by Ferdinand – in Varshets. This resort was built by Austrian architects in observance with the most modern requirements of that time and it still continues to impress us nowadays. Unfortunately; and I say unfortunately, because some of our modern resorts do not have the exemplary sewage system that was once built for Varshets.

Why did this resort decline?
– After September 9th the new authorities decided that it was too bourgeois and will debauch the workers. I mean, there was the first casino after the one in Sofia. The building is still there and is very beautiful.

Why did Ferdinand choose Varshets exactly?
– Because of its unique climate, unique waters and splendid natural vegetation. The region has the natural defence of the Balkan Mountains, which protects against winds and storms. And as to why the glory of this resort has not been restored over the past twenty years … I also wonder. In my recent visits to Varshets, I advised my colleagues, the hoteliers to make a round table and to work jointly to create a lobby in the Parliament to begin a revival of this old and beautiful resort.

Where should this revival start from? What should be the first steps for the region to regain its former glamour?
– There is one mandatory thing, which has to happen right now. We should apply for European funds for tunnelling under the Petrohan pass. So the ride from Sofia to Varshets will be about 35 minutes. This will happen eventually – the building technologies are very advanced and what was once achievable at the cost of Herculean efforts is now a matter of good planning and leasing of good machines. Once a direct route to Belogradchik is opened both the relatively rich Sofia residents and our guests from abroad will have an easy access to the uniquely beautiful places and an amazing historical heritage. Another thing that would help is the opening of additional checkpoints at our border with Serbia. The cultural and neighbourly relations on both sides of the border are very busy – fairs are constantly being organized, people travel for pleasure and business. A third factor is the proximity to the DanubeRiver. Tourists from Central Europe may arrive via the DanubeRiver; they may land in Vidin and make a few days tour in this region. In the Middle Ages Vidin was also the capital for a while; and at the time of the Ottoman invasion it was a regional centre of vast territories in today’s Romania, Serbia, Hungary and Bulgaria. With its geographical position, the Baba Vida Fortress and the beautiful churches and monasteries the whole region is doomed for success as long as it is easier and more comfortable to access.

What additional attractions the region might offer? If it were up to you to organize the tourism in the Northwest what would you chose?
– I will not try to rank the opportunities in order of their importance; I would rather just mention them. The pilgrimage tourism – there are about 18 operating churches and monasteries. The reservoir in Montana can be relatively easy adapted for use as an attraction for water skiing. Archaeology – near Montana excavations are running of the ancient Roman city Archar that was important at the time of Emperor Galerius. Here European programs and co-financing may be used. Our country has allocated over BGN 200 million for cultural tourism. Minister Djankov is aware that each Bulgarian lev invested in tourism has a hundredfold return.

So far you mention only what the state can do for the region. What can the region make for itself?
– Of course, in the end it’s all about the activity of the local population. If they say “we are not worthy” really nothing will happen. I want to give them an example with the towns of Ribaritsa, Teteven and Troyan, which were the first to show an initiative and have already established on the market. In an integrated Europe, tourism brings much higher profits. Western tourists are very curious and hungry for new, unknown places and challenges. Indeed this Northwest-Declined part of Bulgaria can become the Northwest-Successful one. Belogradchik, Varshets, Montana and Vratsa are not declined but have a great future ahead of them. The important thing is to have active people. See, for example the town of Zlatograd. 15 years ago our association organized a visit of journalists there. No one had ever heard of Zlatograd and its great cultural monuments. The people from Zlatograd run an information campaign and presented to the world the things they had. Today Zlatograd is one of the fastest growing destinations for cultural tourism. They even opened a border checkpoint with Greece and they exchange their tourists. During the weekends the town is flooded with Greeks from Northern Greece. Now this town ranks third in terms of the number of its visitors, right after Veliko Tarnovo and the old Plovdiv. The administration of the north-western municipalities may vizit Zlatograd to exchange their experience. Everything depends on the people, the politicians, the people in our industry and the media. If we point at this region with positive terms – even at its most “delicious” trumps such as the food and the herbs, it can climb high up as an attractive destination. Since I have taken dozens of surfeited guests from Western Europe and the U.S. on tours all around Bulgaria, including to the North-West, I can ask you straight ahead: who else will offer you home made wild fruits jam, lamb meat from lambs fed with herbs, homemade banitsa (traditional cheese pie),and yogurt? It is a big mistake to ignore the culinary aspect of tourism. We should focus our attention on the region and for five years it will revive.

We are sending the Chiprovtsi carpets in UNESCO