Начало Новини We increased the guests of Sozopol, Belchin and Belogradchik
Новини

We increased the guests of Sozopol, Belchin and Belogradchik 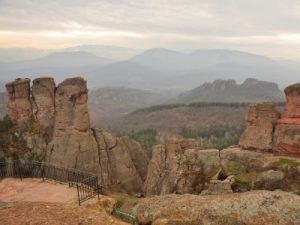 The campaign “Bulgarian wonders” has its big achievements for cultural-historical tourism development and for its transformation to a strategic state priority. As a media we succeed, to show how could be advertised the Bulgarian wonders. Bulgaria wonder for 2011-St. Joan relics, found in Sozopol brought 7% growth in the sea municipality just for three months and over 20% income to the municipality for 6 months.

Wonder number 1 for 2013-Cari Mali Grad, three months after the campaign ending gave a day income, which is equal to the most optimistic investor forecast for the next three years.

In a same way, Belogradchik rocks and Magurata contributed to municipality of Belogradchik to increase tourists with 20 % after the campaign. The saltern in Provadia also has 10% tourist increasing, visited “Ovech” fortress.

The last thing we succeed to do this year with “Bulgarian wonders” is to take the campaign out from Bulgarian frameworks. Thanks to our relations with Bulgarian restaurant and hotel organization and mainly with Blagoy Ragin we took a Balkan countries meeting –Macedonia, Serbia, Albania, Montenegro, Kosovo, Bosnia and Herzegovina and we succeed to make the idea for common tourist Balkan routes universal. On Blagoy Ragin initiative, they will come here in Sofia on 21 of May for the first step of common route making.